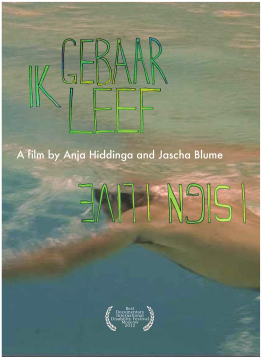 Jascha is a young deaf art student who doesn’t much care about the hearing world. But he can’t escape it if he wants to fulfill his ambitions. This makes him rebellious and uncertain. Armed with a camera, he visits Europe’s only home for elderly deaf people and tries to find out how these people have lived their lives. They tell him about their youth, when sign language was forbidden, and about their struggles against embarrassment and indignities. Though Jascha’s world is very different he finds himself wondering whether some answers to his questions might be found in their stories. His fight for equality and respect, both as an individual and as a member of a cultural minority, the Deaf community, echo the life experiences of the elderly.

The deaf community in The Netherlands is small and (as in most countries) its sign language is not officially recognized by the government. The denial of access, of equal opportunities to live, work and participate in society are on top of the agenda of the Deaf movement. Jascha’s camera images, sometimes edited in split screen, are comments on what he encounters, and reflections on his own life. All dialogue is in Dutch Sign Language.