“Pitch This! Learn the tools of pitching, do’s and don’ts” 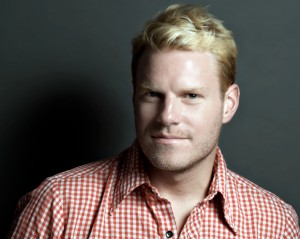 Pat Mills got his start in the industry as an actor on the series YOU CAN’T DO THAT ON TELEVISION (YTV/Nickelodeon). He received his training at Ryerson University where he was the recipient of the Norman Jewison Filmmaker Award and City TV Best Film Award. His short films have played at festivals all around the world, including TIFF.

Recently, Pat participated in the inaugural NSI/Movie Central “Script to Screen” with his time travel comedy HERE I GO AGAIN. An alumnus of TIFF’s Talent lab, Pat was named winner of TIFF’s Pitch This! for DON’T TALK TO IRENE, currently in development with Edyson Entertainment. The screenplay has received development support from Telefilm, Corus and the Harold Greenberg Fund. The project took part in the 2013 CFC Telefilm Canada Feature Comedy Exchange, where the script was mentored by Kirsten Smith (LEGALLY BLONDE). The screenplay won best comedy screenplay at the 2013 Austin Screenplay Competition. Production is scheduled for Fall 2015.

On the TV side, Pat has taken part in NSI’s Totally Television program and the WGC-CTV Diverse Screenwriters Program for his teen series AMNESIA GIRL, which ended up going into development at Bell Media. He was also a CTV Fellow at the Banff World Media Festival.

His first feature film, the dark comedy GUIDANCE, which he also starred in, had its world premiere at the 2014 Toronto International Film Festival. He is represented by the Jennifer Hollyer Agency and Noble Caplan Abrams in Toronto and Oasis Media Group in Los Angeles.