The 6th Biennial Toronto International Deaf Film and Arts Festival (TIDFAF) are very proud to announce Sheena McFeely of ASL Nook, as TIDFAF 2017’s exclusive Master of Ceremony. TIDFAF is a festival committed to celebration of diversity, Deaf culture & cinema worldwide, and we are thrilled to partner with Sheena McFeely. 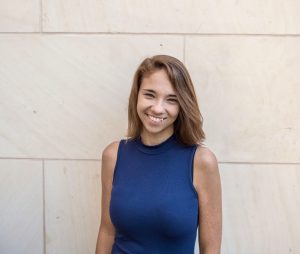 Sheena McFeely was born in Hong Kong to an Irish father and a part Asian mother. Shortly after her parents’ discovery of Sheena being Deaf, America called their names. Being the first in her family to go to college, Sheena graduated from CSUN with a BA in Visual Communications and received her MA in Sign Language Education from Gallaudet University. Sheena is best known for founding ASL Nook, an online hub of ASL teaching webisodes that has received acclaims from families and schools everywhere.

Recently, Sheena released a video “10 Deaf Children, 1 Powerful Message” which because a viral hit with over 4 million views. Her work has been seen in UpWorthy, Kickstarter, Austin Woman Magazine, Huffington Post, Mental_Floss, and The Nate Berkus Talk Show.