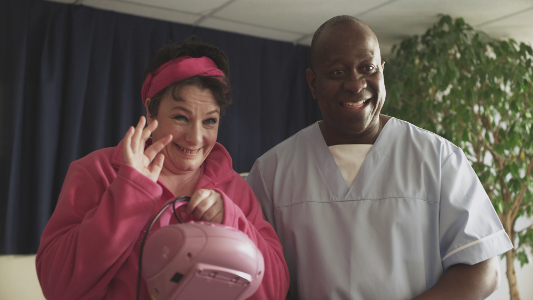 Friends and fellow Deaf club performers : Les, Reg, Cyril and Ruby, have been together for over 30 years. When Ruby falls ill their lives are thrown in to turmoil; she has been the one keeping them together. Relationships are put to the test and a sudden realisation that they’re not young any more adds to the situation. Les’ son, Paul, replaces Ruby in the group but will that be enough to save their performing group? Still Here is a black comedy that looks at friendship, ageing and change. A film that celebrates the senior members of the Deaf club community.