Join us for the dynamic Opening Night Film and Red Carpet Gala to kick off 2015 Film Festival of Toronto International Deaf Film and Arts Festival with an amazing wine and cheese reception!

The 5th Biennial Toronto International Deaf Film and Arts Festival (TIDFAF) are very proud to announce Mr. Anthony Natale and Ms. Stephanie Nogueras, as TIDFAF’s exclusive Master of Ceremony. TIDFAF is a festival committed to the celebration of diversity, Deaf culture & cinema worldwide and we are thrilled to partner with Mr. Anthony Natale and Ms. Stephanie Nogeuras.

We are proud to announce that there will be co-presentation with Goethe Institut to join with us at the Opening Night Film and Red Carpet Gala where we will celebrate the diversity, Deaf culture & cinema worldwide. 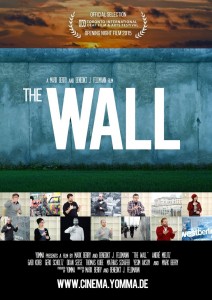 In the film “The Wall” 7 people share their experiences about the Berlin Wall. The Berlin Wall was a barrier that divided the German capital from 1961 to 1989. Deaf people were separated by Berlin Wall, too. There were two different Deaf clubs, two different Deaf communities within the separated city. When The Wall was opened in November 1989. Both Deaf communities started to meet each other. The main language in the film is German Sign Language and English Subtitles.